“What was his problem?”  Ever heard this?  Has it ever been said about you?  The statement expresses the thought that some action or reaction was

unreasonable.  Let’s hope that no one on the jury says that about you.

The 4th pillar of a self-defense claim is reasonableness.  (Can you remember the first three?)  The question of reasonableness allows each case to be tried on it’s own merits, and opens the door to considering extenuating circumstances.

Your belief that you were innocent, that deadly danger was imminent, and that you had no avenue of safe retreat will be put to the test of subjective reasonableness; that is, does it seem that you really believed it.

Subjective reasonableness needs to be established early.  When you make the 911 call, (and 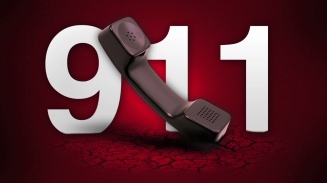 YOU need to make that call, the law generally considers the first caller to be the victim), be sure to state AT THAT TIME that you were unlawfully attacked and you were in fear of death or great bodily harm – in your own words.  And your actions need to back that up.  Warning shots might indicate that you didn’t consider yourself YET in imminent danger, and this alone might betray your mindset.  Your stated belief and actions must match to show that your belief was subjectively reasonable.  Racial bias and especially irrational fear of other races is NOT reasonable, by the way.

Objective reasonableness is a little more difficult.  Your actions will be measured against the actions of a “prudent and reasonable” person.  This person doesn’t drink heavily, wears a seat belt, does not smoke in bed, and never runs with scissors.  The really hard part is

getting the jury to dress him up with your age and physical condition, as well as possessing the knowledge you possessed at the time of the attack.

Anything which you can prove you knew, at the time of the attack, is usually admissible in your defense.  (Things you find out later – the attacker was a MMA fighter, for example, will not be admissible in court.)  If you purchase books on self-defense – document when you read them.  If you’ve taken classes, document those, too.  Show that you know the Tueller drill – that an ordinary 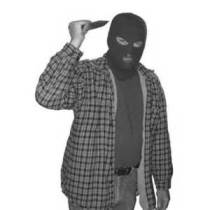 man can cross 21 feet in 1.5 seconds and stick you with his knife, so shooting him 25 feet away is reasonable.

I save articles about criminal attacks.  For instance, during one attack in Houston a couple of years ago, the victim gave up the wallet and cell phone, and was shot to death anyway.  I documented the date I read that.  If ever I’m held up by a gun-wielding thug, I have a belief that, during a holdup, I may be shot anyway, so drawing my legally concealed handgun and shooting first is reasonable.  And I can document when I established that reasonable belief.

Some states will help.  23 states have laws which, in one way or another, establish reasonableness, in certain situations, for you.  Kentucky, for example, has KRS 503.055 which says that a “person who unlawfully and by force enters or attempts to enter a person’s dwelling, residence, or occupied vehicle is presumed to do so with the intent to commit an unlawful act involving force or violence.”  That presumption helps make your actions more reasonable.  And you’ll need all the help you can get.

The prosecutor will try to paint your actions as unreasonable, and therefore criminal.  Your

lawyer will be busy painting a different picture of you.  But you can help yourself.  Practice being prudent and reasonable.  Increase your knowledge, and document that you possess it.  And if you ever have occasion to use your gun – state your reasonable belief that you were in imminent danger of death or great bodily harm, in the same way that Democrats vote – early and often.