How to make a million dollars teaching firearms classes.

First you start with 2 million dollars…

I am one of Kentucky’s newest Concealed Carry of Deadly Weapons (CCDW) instructors.  I took, (and passed, of course), the instructor level course a few weeks ago, and have now received my certificate in

the mail.  I’m instructor number 7313.  That certificate and $1.50 will get me a cup of coffee at the Shell station in Cave City.  My Kentucky certification is the latest one of the three firearms teaching certifications which I hold.

So if I can’t make a million dollars teaching about firearms, why did I bother?  Firearms are the tools of Freedom.  I believe in freedom.

the privileges possessed by citizens.  Among others they are:

“…the right to enter every other State whenever they pleased, singly or in companies, without pass or passport, and without obstruction, to sojourn there as long as they pleased, to go where they pleased at every hour of the day or night without molestation,…the full liberty of speech in public and in private upon all subjects… to hold public meetings upon political affairs, and to keep and carry arms wherever they went.” (Emphasis mine.)

The right to keep and carry firearms was considered a freedom of citizens.  Today, we often have to ask permission of our state governments, or in many states, we are required, by law, to forgo that right of citizenship altogether.  By teaching the safe use of firearms, I hope to put more citizens in touch with their unalienable, Creator granted, Constitutionally protected right to keep and bear arms. More guns is more freedom.

Whether you are holding a “real steel” firearm or a “tupperware” gun, you are holding a powerful tool of freedom.  You no longer need someone to feed or protect you – you can do those things with the firearm in your hands.  And no one can ever make you his slave.

United States for firearms to defend themselves against German invasion.  They had become defenseless due to Government restrictions on keeping and bearing arms.  Various laws had been enacted, which had disarmed an entire nation.  Their personal weapons mostly consisted of sporting shotguns and pikes (read sharp sticks).  Those appeals showed up in the “American Rifleman”,

an NRA publication, and soon thousands of pistols, rifles, and shotguns were on their way to Great Britain, courtesy of an armed American people.  More guns is more freedom.

It’s not enough, however, just to own firearms.  One must be taught the safe storage and use of firearms as well as marksmanship principles.  There was a day when those things, like so many of our American values, were taught at home or in the schools.  Today is not that day.

Instead our schools and public media teach that firearms are inherently dangerous, and we would be better off without them around. People are nervous when they see a “man with a gun”.  As an armed security guard in Dayton, Ohio, I frequently had shoppers, clerks, and 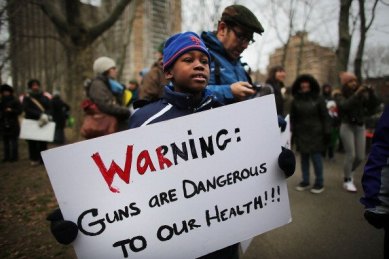 even managers come hurrying up to me, whispering, “Miles, that man over there has a gun.”  I always replied the same, “Is it on his belt or in his hand?  When he gets it in his hand, call me.”  Even in Kentucky, a southern rural state by any measure, open carry of a handgun brings stares in public places.  We no longer see them as the tools of freedom, but as an indication of a possible crime.

We need more guns around, so that they look like the tools of freedom that they really are.  But we also need more training.  Nearly every day, I read an article of some accidental

shooting because someone was handling a gun in an unsafe manner.  So we’re back to where we started.

It’s probably not possible to make a million dollars teaching about firearms.  In fact, I’ve spent more money than I care to think about.  But I have spent that money preparing myself to help others to achieve, and protect the one thing, without which, life isn’t worth living – FREEDOM.

While your voice and your vote are important to maintaining your freedom, your gun is indispensable.  More guns is more freedom.  And as a firearms trainer, I’m ready to help you learn to safely store and use that tool of freedom.  Even if I don’t make a million dollars. 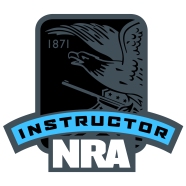