Aussie Gun Law – Coming to a State Near You 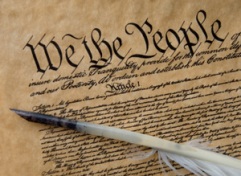 Most of us are familiar with the Bill of Rights, inserted into our Constitution in 1791.  The framers of the Constitution neglected to include them, and the “people” demanded that they be added by the first Congress.  We know, and cling to, the 2nd amendment – the right to keep and bear arms.  But the bill of rights only applied to federal law.  The states were still free to write law as they saw fit.

Later, the 14th amendment was added by the Congress, to insure that all of the “privileges and immunities” of citizens would be protected in the states.  But the Supreme Court, starting with “Slaughterhouse” has consistently marginalized the amendment, (it doesn’t mean what it appears to say), and states can still write laws as they see fit.  Despite the

wording “shall not infringe”,  state and federal laws have been created to restrict keeping and bearing arms in the interest of “public safety” – common sense gun laws, as they say.

Mrs. Clinton has suggested that in her presidency, the Australian gun laws, common sense gun laws, would be a model to follow.  What would that look like? 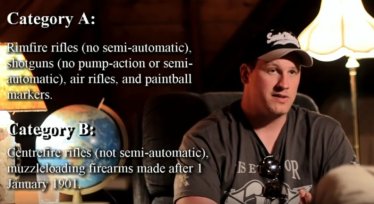 I watched an online interview, published in 2013, and some salient points stood out to me.  First of all, firearms are divided up into categories for possession.  Categories A and B are the most common kind of firearms possessed.  They are (A) Rimfire bolt action or single shot rifles (read that .22 caliber), and single-shot shotguns,  and (B) bolt action centerfire rifles (.223, .308, 30-30, etc.).  Your Ruger 10-22 semi-automatic .22 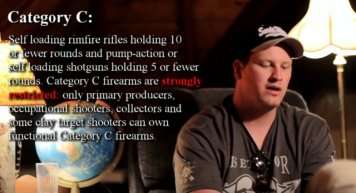 caliber rifle would be prohibited.  Along with your AR-15.  There is a category C, which includes your Ruger 10-22 semi-automatic rifle, but hardly anyone can get a permit to own that.  And NO ONE but Islamic terrorists and the government gunmen can own an AR-15.

The permits are good for 5 years, and they are not permits to carry, merely permits to own.   They cost about $250.  And then

there are the storage requirements. Firearms must be stored in locked metal safes, and must be registered with the local police, including paying the police fee.  The police will then conduct random inspections, to make sure you are storing your guns properly, and that you have the registered guns, and only the registered guns.

Guns must always be stored or transported separately from the ammunition.  So forget

about using a gun for home defense.  Armed defense is illegal anyway.  And of course there are laws restricting how many guns you can own, and how much ammunition you can have on hand.

Sound like a place you would want to move to?  Me neither.  But that place may be moving to you.  Soon.  “Blue” states are continuing to pass “common sense” gun laws.  Hawaii has added gun owners to a FBI database.  New York, New Jersey and Connecticut have near bans on the AR-15 platform, standard capacity magazines, etc.  Ditto California.  Our Supreme Court refuses to hear challenges, despite the clear wording of the 2nd and the 14th amendments. That should send the appropriate chill up your gun-bearing spine.  All the calls for “common sense” gun laws coming from the Democratic Party, 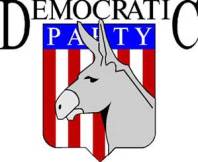 and some RINO Republicans won’t go away by wishing.

Forget about “pork” or your favorite political party.  We will have to elect politicians who understand and respect our history, our culture, and our Constitution.  We’ll have to hold them accountable.  If they compromise our God-given rights, even “for our own good”, we need to send them packing, despite the new bridges or hospital wings they have given us.  Refuse to compromise your freedom for a new highway or middle school.

Finally, become a checklist voter.  Use the Constitution, especially most of the first 10 amendments, and the 14th amendment as your list.  If a candidate has anything less than 100% loyalty to that list – consider a new candidate.  If NO candidate measures up, consider buying another AR-15 and more ammo while you can.