Stay Out of the Danger Zone – RIP Mary

Yesterday, a 73 year old woman, Mary Knowlton, was killed in Punta Gorda, Florida by a police officer – during a classroom demonstration.  Tragic.  During the course of a “shoot/don’t shoot demonstration, she was struck in the chest by a negligent discharge from the officers gun and died.  It’s no overstatement to say that this shouldn’t have happened.

I belong to a sportsman club which offers firearms training as part of its services to members and the public.  When I joined the club, since I’m a NRA firearm’s instructor as well as a Kentucky CCDW instructor, I expressed an interest in helping with the pistol classes.  I was turned down because I’m a NRA instructor.  The Rifle/Pistol committee leaders told me that they didn’t like the NRA safety rule number 3 which insists that all guns will be unloaded until you are ready to use 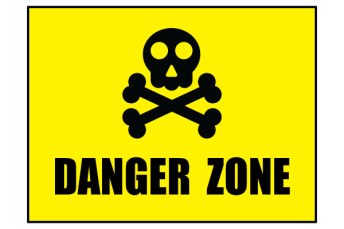 them.  They said that having unloaded guns in a training setting teaches people to fail in a gunfight, (train like you fight), and they want their students to win gunfights.

I’ve been to one of their classes, and I wished all day that I had worn my ballistic vest.

Firearms are useful for self-defense, and offer many recreational uses.  But they can be dangerous.  These three rules will keep you out of the danger zone:

1. ALWAYS keep the gun pointed in a safe direction.  A safe direction is often dynamically changing, but generally, it’s a direction, in which, if the gun is discharged, no one would be hurt, and nothing would be destroyed.

2.  ALWAYS keep your finger off of the trigger until you’re ready to shoot.  Guns don’t just “go off”, someone or something has to press the trigger.  Keep your finger aligned with the frame of the firearm above the trigger guard until your sights are lined up on the target and you’ve made the decision to shoot. Be careful when you draw and reholster,  your finger is not the only problem, clothing or the drawstring of a jacket, or anything else might press that trigger.

3.  ALWAYS keep the gun unloaded until you’re ready to use it.  A self-defense firearm will, of necessity, have to stay loaded, but be aware – you’re entering the danger zone.  The other two rules MUST be applied more strictly!

I collect articles about negligent discharges which have killed an innocent person.  It happens more than it should.  There was the state police instructor who killed another trooper during a training class, when the gun he was holding turned out to be loaded, the father who killed

his son at a gun range, when hot brass flew down the back of his shirt, and he reached behind his head WITH HIS GUN STILL IN HIS HAND and  pressed the trigger accidentally, the instructor who was killed at a range when a young girl was allowed to fire a rifle on full automatic, and it flipped up and killed him as he stood over her, and on and on and on.

So, yeah, I’m a real fanatic about those three gun rules, especially in a classroom setting.  And I go on and on about it enough that recently, while watching a western, my wife noticed that the sheriff was pointing a loaded gun at his fiancée while he was talking to her, and she exclaimed “he needs to watch where he’s pointing that!”.  Good catch.  We all need to watch where we’re pointing our guns, and keep our fingers off of our triggers, and keep our guns unloaded until we’re ready to use them.  We need to stay out of the danger zone.