The enemy only fears those who “do”. Internet memes are no threat. Got rifle? 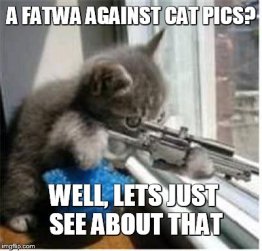 Troll Facebook or any other similar site these days, and you’ll find countless “internet Rambos”.   They all post memes that would scare the daylights out of you – if you are scared by internet Rambos and their memes.

And we have enemies.

We continue to be attacked by those who claim the prophet Muhammed as their leader, and Islam as their religion.  In our malls, our schools, our workplaces, our military installations, and our cities, we are

under attack by Muslims.  They have believed, since the false prophet Muhammed was alive, that they are doing a favor for their false god, Allah the moon god, by killing non-believers.  And we are a Christian nation (not a nation of Christians, there IS a difference) so we are the enemy to them.

We are also seeing the beginning of a race war, brought on by the media and our race-baiting 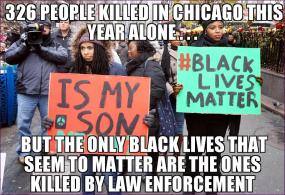 President and Congressmen.  Although African-American men (and women) are under no greater threat to their safety than any other citizen who obeys the law, the race-baiters have convinced them that our police forces are determined to kill them because of the color of their skin.  I call BS.  Most of those shot by police were petty criminals whose lives were forfeited by their own stupidity.  And black on black crime IN CHICAGO ALONE surpasses anything the police in the entire nation might have done.

Do you own a rifle?  Do you know how to use one?  Are you prepared to defend our way of life with a rifle?

Barren River Rod and Gun Club is holding a Basic Rifle Class on October 22 led by Miles Stoneman, NRA Basic Rifle/Pistol Instructor.  If you don’t own a rifle, or even if you do, and you want to know how to use one, participate in this class.  A handgun is most valuable when there is someone between you and your rifle.  But when the enemy comes knocking, a rifle has always been the best way to answer the door. 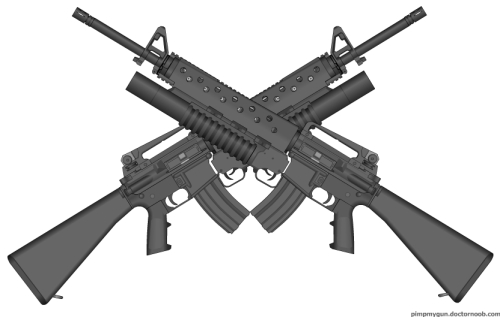