What next? Stand up for liberty. 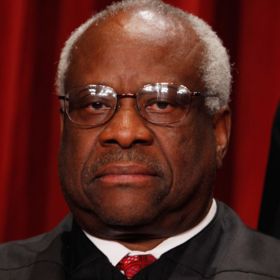 He spoke of the need to practice good citizenship as individual citizens.  His reference point was the good citizenship practiced by black Americans, despite the maltreatment they suffered, as they fought in every one of our wars since 1863, practiced good citizenship on an individual basis in their neighborhoods, and continued to love this country despite that love not being returned.  It is individuals, he said, taking personal responsibility, which collectively make this a great nation.

I was on my forklift moving product at one of our loading docks, a couple of days ago.  It was noon.  The radio on the dock was tuned to a local station.   I was surprised when I

heard the station begin playing the National Anthem.  It must be their custom to play it every day at noon.  I decided that I couldn’t ignore it, even though I was at work.

I got off of my forklift, faced the radio, and stood at attention for the duration of the song.  No one seemed to understand, as they moved about, why I was just standing there.  I felt a little awkward.  But the call to patriots demands a response.

It has been easy for Americans to ignore their liberty for the past decades; and to continue doing whatever activity was at hand.  Our liberty, it seemed, was assured and irrevocable.  But the times they are (and have been) a-changin’.

The Republican Party has silently, gradually, adopted the worldview of the Democrats and Progressive Movement, believing that the government is there to “fix” whatever is wrong.  And a big, powerful, government, they all believe, is best positioned to fix those things.  That idea is contrary to the founding ideals of our great nation.

Individuals, coming together as organized groups, as well as ad hoc groups, are best positioned to fix problems.  Individuals, with the freedom to dream and plan and do.  Government has a specifically defined role in the US Constitution.  And it’s time to put the genie back in the bottle, if we can.