Political words have real definitions, and knowing them may help guide the mind.  Take the most popular political word thrown about since the November elections: 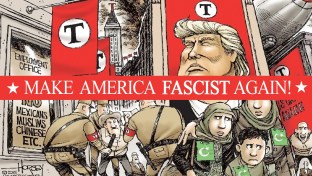 The people who use that word to describe the incoming President, would do well to clean their own porch first.  We have barely survived eight years of just such an ideology, and 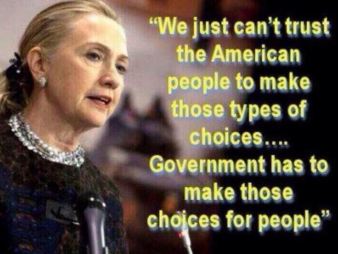 recently dodged the bullet of having to defend our freedom for another 4 years at least.  Although both political parties today represent some form of fascism, oddly enough, it’s more noticeable on the left.

And that is exactly what the founders of our form of government were afraid of.

So one summer in Pennsylvania, they met behind locked doors and windows, and hammered out a compromise document, which, like all compromise documents, wasn’t perfect, but included a method for perfecting it later as necessary.  They wrote the United States Constitution – the written directions for shaping a great and growing nation; the commander’s intent.

In “Warfighting” General Gray says this about the commander’s intent:

“There are two parts to a mission:  the task to be accomplished and the reason, or intent.  Of the two, the intent is predominant.  The intent should convey the commander’s vision.  While a situation may change, making the task obsolete, the intent is more permanent and continues to guide our actions.  Understanding our commander’s intent allows us to exercise initiative in harmony with the commander’s desires.”

During the summer of 1787, representatives from most states wrestled together to agree 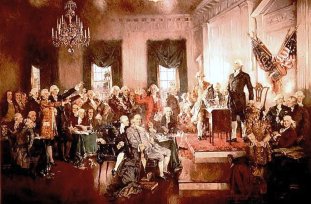 on the vision for the government of the United States.  They believed it should be a strong, limited, central government, with all political power divided between three equal branches and the states.  And any power not specifically delegated to one of those parts, remained, where it belonged, with the people.

During the ratification process, three of the authors wrote a series of political letters to the media, explaining their intent. Those letters were collected and published in a book soon after, The Federalist Papers, and thanks to that book, knowing the commander’s intent is possible, and ignorance is inexcusable.

And the answer is NO.  America is not heading in the right direction.  A centralized autocratic government, headed by a dictatorial leader, with economic and social regimentation, and forcible suppression of opposition, regardless of the party in power is not American, it’s Fascism.   It is not the commander’s intent for our great nation. 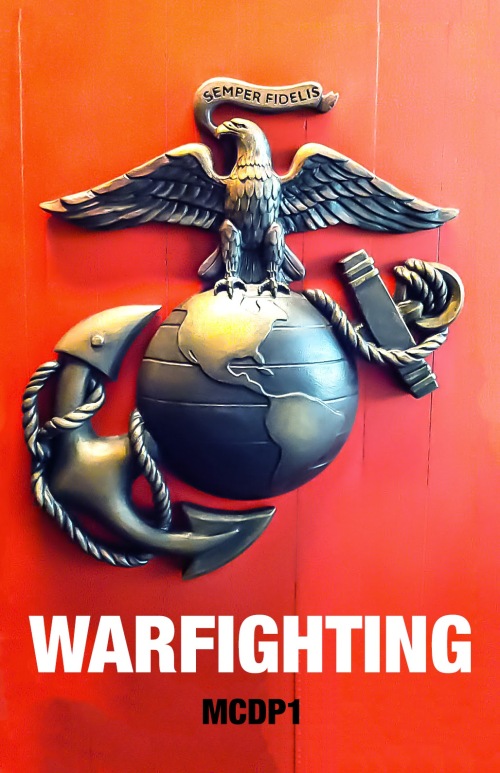