Note to Rocket Man: “I will go out as before…” Note to Self: “Is God still with us?”

In 1862, Abraham Lincoln began to discern that God had a direction which superseded the direction of both the North or the South.    He began to wonder if the plan of God, for the war, was to finally free the African slaves in the nation.

He drew up the Emancipation Proclamation, in response to his understanding and delivered it to his cabinet on July 22, 1862.  They advised him to wait until there was a Union victory to publish it.  Up until  that time, the Union army in the East had been soundly beaten at every turn.  He laid out a fleece.

He decided that if they won the next battle, it would show that he had been correct in discerning God’s will, and would then publish the proclamation.  On Sept 17, 1862, George McClellan managed to win a tactically inconclusive victory at Antietam, but a victory nonetheless.  On Sept 22, 1862, honoring the results of his fleece, and the advice of the cabinet, President Lincoln published his proclamation, ordering the freedom of all the slaves, held in the states now in rebellion, on January 1, 1863.  Yet the war continued.  Surely God had, also, another purpose. 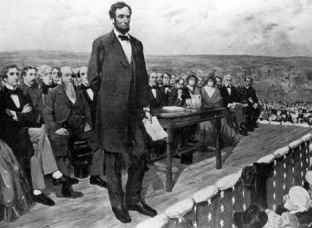 In November 1864, he won reelection, and in March 1865 said this at his second inaugural:

“On the occasion corresponding to this four years ago all thoughts were anxiously directed to an impending civil war. All dreaded it, all sought to avert it. …One-eighth of the whole population were colored slaves, not distributed generally over the Union, but localized in the southern part of it. These slaves constituted a peculiar and powerful interest. All knew that this interest was somehow the cause of the war….Neither party expected for the war the magnitude or the duration which it has already attained. …Each looked for an easier triumph, and a result less fundamental and astounding. Both read the same Bible and pray to the same God, and each invokes His aid against the other. … The prayers of both could not be answered. That of neither has been answered fully. The Almighty has His own purposes.

“Woe unto the world because of offenses; for it must needs be that offenses come, but woe to that man by whom the offense cometh.” If we shall suppose that American slavery is one of those offenses which, in the providence of God, must needs come, but which, having continued through His appointed time, He now wills to remove, and that He gives to both North and South this terrible war as the woe due to those by whom the offense came, shall we discern therein any departure from those divine attributes which the believers in a living God always ascribe to Him?

Fondly do we hope, fervently do we pray, that this mighty scourge of war may speedily pass away. Yet, if God wills that it continue until all the wealth piled by the bondsman’s two hundred and fifty years of unrequited toil shall be sunk, and until every drop of blood drawn with the lash shall be paid by another drawn with the sword, as was said three thousand years ago, so still it must be said “the judgments of the Lord are true and righteous altogether.”  Abraham Lincoln March 1865

mighty way – he defeats his enemies with divine strength.  But his character is flawed.  He continues to ignore the clear will of God, and lives irresolutely.  Finally, a woman, who has been paid to find the source of his strength, tricks him into telling her the truth after three attempts.   Samson gets a hair cut, and the Lord leaves him.

When his enemies come in, he says “I will go out as before!”  But now, is without the Lord, and is taken captive, has his eyes put out, is tortured and put to slave labor.

Romans 2.5 says “But because you are stubborn and refuse to turn from your sin, you are storing up terrible punishment for yourself. For a day of anger is coming, when God’s righteous judgment will be revealed.”  Abraham Lincoln, is his assessment of the penalty of the Civil War, quoted Psalms 19.9 …”the judgements of the Lord are true and righteous altogether.”

When the diminutive North Korean leader challenges us, are we confident that we will

“go out as before?”  Are we confident, that, according to our President, he’ll meet “fire and fury”? Can we say that the Lord is still with us?  Does he approve of the sexual immorality being currently discovered in our leadership and the recent acceptance of our courts, of homosexual marriage?  Does he not notice the daily effusion of the blood of innocent children, still in their mother’s wombs, while most of us go about our business, buying and selling, living as if tomorrow will be just as prosperous as yesterday?

When the enemy is at the gate, will we “go out as before”?  Or will we be taken captive, like Samson, as those who live irresolutely must always, finally, be? 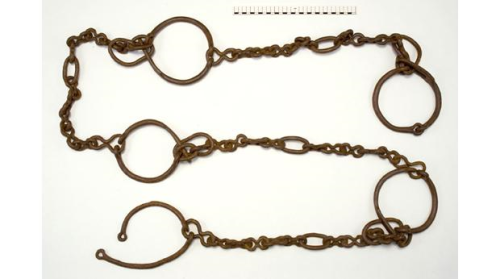 One Comment to “Note to Rocket Man: “I will go out as before…” Note to Self: “Is God still with us?””