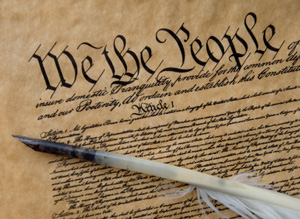 A well regulated militia, being necessary to the security of a free state, the right of the people to keep and bear arms, shall not be infringed.

While Americans normally use firearms for recreation and self-protection, the 2nd amendment wasn’t written with that in mind.  The amendment was designed to keep the government from INFRINGING, not just banning, but INFRINGING your right to keep and bear your battle rifle.  (Today, we allow all manner of infringement, to our shame.)

Your bolt-action, or lever-action deer gun is great if you want to hunt deer, but the blue-helmets called in by the government are not likely to show up with deer rifles, they’ll have battle rifles.  You’ll need a battle rifle, too. 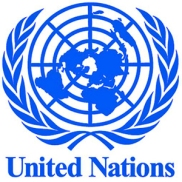 The pop-gun in a gun-sock on your hip might be great ballast if there is a storm at Wal*Mart on black Friday, but the UN boys will consider theirs a side-arm only, and not their go-to.  They’re too underpowered for a real fight.  You’re gonna need a battle rifle.

Make this your New Year’s resolution:  if you don’t have a battle rifle, get one this year.  Don’t wait until you need it, it will be too late to get one (except for battlefield pick-ups, and who wants to depend on that?).  And then correct everyone who uses the term “assault rifle”.  Let them know it’s a “battle rifle”, a “peace-maker”, a “freedom stick”.  Make 2018 the year you rifle up (in standard rifle calibers – forget 300 blackout or 6.5 Creedmore – they won’t be available).  Then repeat after me:

This is my rifle. There are many like it, but this one is mine.

My rifle, without me, is useless. Without my rifle, I am useless. I must fire my rifle true. I must shoot straighter than my enemy who is trying to kill me. I must shoot him before he shoots me.

My rifle and I know that what counts in this war is not the rounds we fire, the noise of our burst, nor the smoke we make. We know that it is the hits that count.

Before God, I swear this creed. My rifle and I are the defenders of my country. We are the masters of our enemy.

So be it, until victory is America’s and there is no enemy, but peace!