Well, how about getting over yourself and developing a little of the self-reliance that the 2A stands for?

I’ve said it before but it’s worth saying again, “The NRA is not your gun-guy in Washington”.  It’s a training organization with a political action arm.  YOU ARE YOUR GUN-GUY IN WASHINGTON, OR FRANKFORT, OR SPRINGFIELD, OR WHEREVER!

“their” agenda, that it needs to be run out of town on a rail.  Well here’s the 411, folks:  the NRA is ALL of the gun community that has been willing to organize under their banner, and ALL of those voices need to be taken into account.  AND the NRA has it’s own agenda.

But non-membership and carping will not be helpful to your cause.

The annual membership is not much more than a couple of boxes of ammunition.  And it’s half of the hunting and fishing license I paid for last year (and never landed one fish nor took home any game).  But that money is useful to keep the lights on and the doors open for a friend, who just someday may come through for you on YOUR issue.

Stop outsourcing your 2A support.  Start taking a little personal responsibility.  Write your legislators, call your Congressman.  Join a protest march, or just go and counter-protest one from the fools on the anti-gun side.  BUT DO SOMETHING OTHER THAN JUST WHINE AND CARP AT THE NRA!

Put your money and your time where your heart is.  (In fact, they are already there –

with you on the couch watching the NFL tear down our flag while you carp at the NRA.)

2A means self-reliance.  Let’s see a little more of that.  If you haven’t read some books on gun-rights, or haven’t  emailed or called a law-maker, or haven’t sent your money to some gun organization that can matter – shut up and stop calling yourself a gun-guy.  You’re not.  You’re a gun-owner, that’s all.  It’s time for a purge of the gun community. 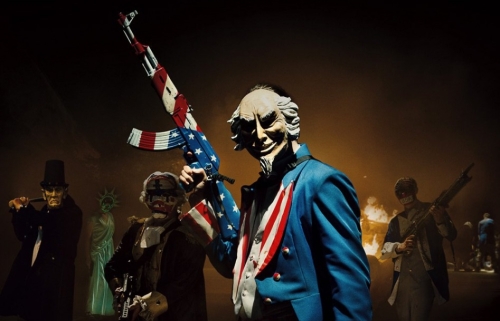